I know I've been lacking a lot as far as updating this, but I did want to talk a bit about what I did for Halloween this year. It's my favorite holiday but for the past few years I haven't really been able to celebrate it as lavishly as I would like. So this year I (tried) to really get into the spirit! I actually have some things I'm still working on, but that just means next year will be even better! So I started outside, I painted some wax paper and taped it to our office window for a nice, murdery effect, and invested in numerous dollar store decor: 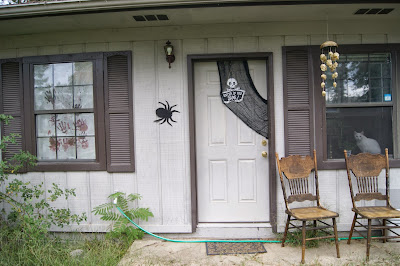 I also made great use of a creepy doll I'd found at a thrift store, and some pieces of chain that I had lying around: 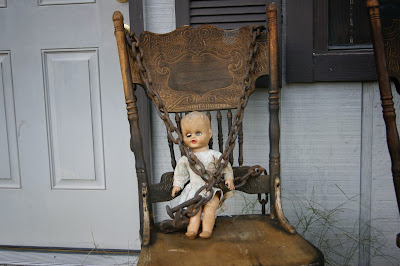 For our Halloween party, I went all out on food. I baked  three cakes (two chocolate, one red velvet), and crumbled them all together, then formed them into heart (real heart) shaped cake-balls. I made cherry icing (powdered sugar, milk, cherries that had been cooked down a bit with some butter and sugar, and some red and brown food coloring) which added a nice, bloody touch. I think they came out awesome if I do say so myself. 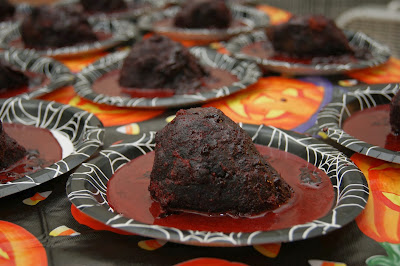 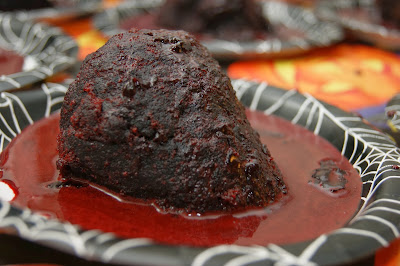 Of course no Halloween party is complete without jello shots in giant syringes: 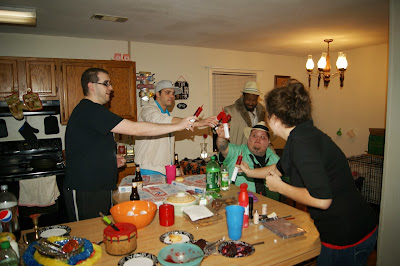 And very happy birthday dogs who get presents from very awesome friends. :) 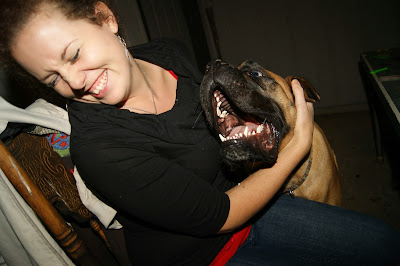 I spent a ridiculous amount of time trying to build a life-size Michael Myers but I ran out of newspaper to stuff him and I can't find a good mask anywhere! So he's standing in a corner (which is rather creepy because even though he's not stuffed all the way, he's got his jumpsuit on and zipped up, and if you just glance over there's a headless creeper standing there) waiting until I can finish him up...

I'm also working on some more creepy doll stuff, but I doubt that I'll finish before Halloween. Oh well, like I said, there's always next year.

So have you done anything particularly awesome this Halloween?
Posted by mysticgypsy128 at 4:35 AM